When my three-year-old son Sam came down with flu-like symptoms the week before Christmas I wasn’t overly concerned as he was still behaving as I’d expect he would when ill. 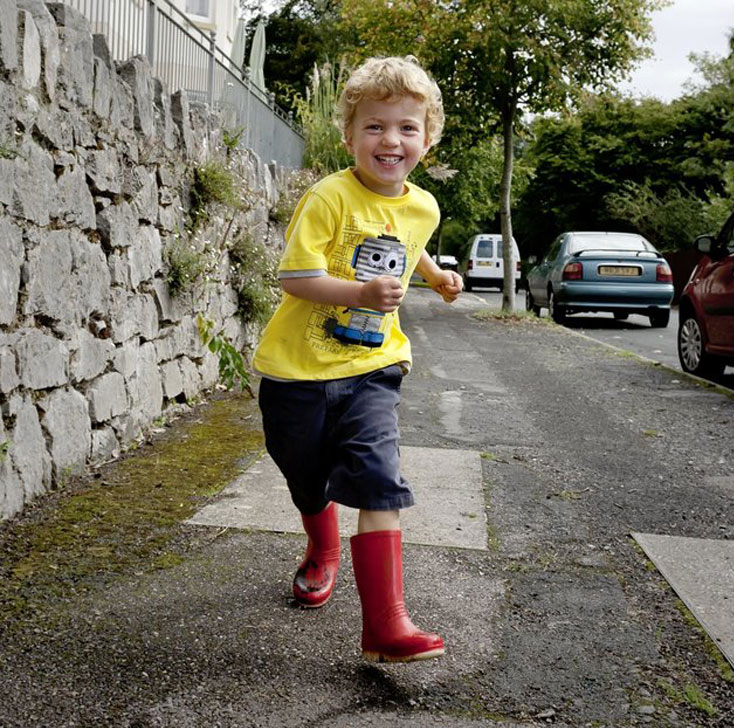 But the morning of 22 December was different. He didn’t perk up as normal after medicine. He looked very pale, wasn’t interested in anything and was incredibly thirsty. What struck me as most odd was that his very high temperature had dropped almost to normal, but he looked so much more ill. I thought a lowering temperature meant he should be getting better – it didn’t make sense. I had never heard of sepsis.

I checked for the symptoms of meningitis – rash, dislike of bright lights, stiff neck – all seemed fine but I felt something wasn’t right. Later that day the GP reassured us it was just a virus and we went home with cough medicine.

I still felt anxious and within the hour I called NHS Direct. Sam appeared to have tiny threads of blood in his vomit. We realised he wasn’t urinating. Hours passed as we waited for a call back from a doctor. When Sam vomited black liquid we were told to take him straight to the out-of-hours GP but had to wait in a queue when we arrived. Eventually a passing nurse noticed how sick he was and he was rushed off in an ambulance.

When we arrived in A&E, I felt a massive sense of relief. I thought everything would be all right now. I had no idea how sick he was. But then we were told, “Sam is as sick as a child can be while still alive.” It seemed unreal. We clung to hope until the words, “I’m so sorry, there is nothing more we can do.” Twelve hours after leaving the GP surgery, Sam had died.

Among the shock and the grief we had so many questions. We were told Sam was unlucky, what had happened was incredibly rare, that everything had been done that could have been.

I felt like we had to drive the process of investigation. As we asked questions and listened to recordings we realised there had been a catalogue of errors: my answers recorded incorrectly in a computer system, my call wrongly classed as non-urgent, it wasn’t a clinician who had recommended we go to the out of hours GP, and in hospital the antibiotics that Sam desperately needed were not administered for over two-and-a-half hours.

The post-mortem stated Sam had flu and an overwhelming infection. My oldest son, Ben, who was five years old, struggled to understand what had happened to his brother from whom he had been inseparable.

We made contact with the UK Sepsis Trust, and realised that Sam had died from sepsis and that 1,000 children a year were dying from it in the UK. I didn’t understand how I could not know about something so fast-acting and so deadly? Why weren’t parents being told?

We met the health secretary, Jeremy Hunt, and talked about the problems we experienced and what would stop the same mistakes happening to another child. We asked that parents should have the choice to vaccinate their children against flu. We wanted the health secretary to understand the awful way sepsis had taken Sam away from us, and to highlight the gaping hole in public, and clinical, awareness of the condition.

Eventually in June 2014, two-and-a-half years after he died, the Parliamentary and Health Service Ombudsman judged that Sam’s death was avoidable. Both Sam’s case and the ombudsman’s report, Time to Act, highlighted “the lack of action being taken to save the lives of people with sepsis”.

People often ask me if I’m angry about what happened to Sam. Mostly I feel bereft. What does makes me angry is when I hear of the same mistakes that contributed to Sam’s avoidable death happening again and again; more children who die because of delays in diagnosis and treatment; more parents who never had the opportunity to ask “could it be sepsis?” because no one told them it existed.

I don’t want any parent to go through what we did. I believe that if I had known the early warning signs of sepsis then my son would still be alive.

Parents are the frontline carers for their children, the first to triage, to decide whether to give medicine, go to the GP or A&E. We are all being urged to think carefully about when it is necessary to access healthcare but do we have the information to help us make good decisions? Information about sepsis, how deadly it is, and the warning signs of serious illness, needs to be put into parents’ hands. Why would we not let them know?