Coronation Street storyline reflects life and death battle of a quarter of a million people in the UK, as Jack Webster contracts sepsis 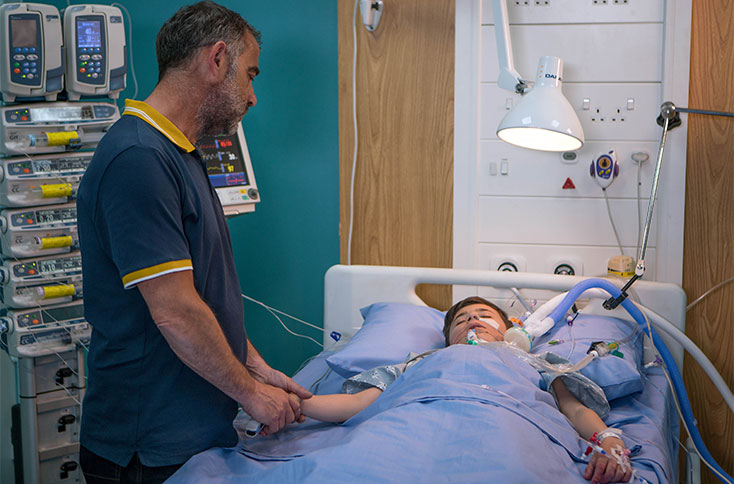 This summer, 7-year-old Jack Webster, a character on Coronation Street, will develop sepsis. This is a storyline spanning the whole summer which starts with Jack cutting his knee playing football. He begins to feel unwell and is taken to hospital. After being sent home his condition worsens leading to him being rushed into intensive care. Jack is diagnosed with sepsis and his father Kevin faces a decision no parent should have to make.

Sepsis, or blood poisoning, is the reaction to an infection in which the body attacks its own organs and tissues. Sepsis does not discriminate: it claims more lives in the UK every year than bowel, breast and prostate cancer combined, and can arise from something as innocuous as a small cut, insect bite or urine infection. If not diagnosed and treated quickly, sepsis can rapidly lead to organ failure and death. Every year in the UK, at least 250,000 people develop sepsis, 52,000 die (that’s 120 people every single day), and 60,000 suffer permanent, life-changing after-effects. Despite the statistics, awareness of sepsis amongst the public and healthcare professionals is astonishingly low. Earlier diagnosis and treatment could prevent at least 14,000 unnecessary deaths every year in the UK and save millions of pounds.

These are the warning signs of sepsis in children that could have stopped Jack becoming critically ill if Sophie had recognised them earlier:

1) Feels abnormally cold to touch
2) Looks mottled, bluish or has very pale skin
3) Has a rash that does not fade when you press it
4) Is breathing very fast
5) Has a ‘Fit’ or convulsion
6) Is very lethargic or difficult to wake up

Dr Ron Daniels BEM, Chief Executive of the UK Sepsis Trust, comments, “Stories like Jack’s are all too familiar and remind us of the devastating human cost of sepsis. Individuals and families have their lives torn apart by the condition – more people than breast, bowel, prostate cancer and road accidents combined. Better awareness could save thousands of lives each year.

We have been working very closely with Coronation Street’s writers and technical team over the last few months to ensure that the subject matter is dealt with both accurately and sensitively. It’s incredible that Coronation Street is raising the profile of a condition which affects so many people, and yet until now has been so poorly recognised. It’s about shared responsibility and, together, we aim to empower both families and health professionals to ‘think sepsis’ and to change the way sepsis is handled in the UK.”