SEPSIS – THE MOST PREVENTABLE CAUSE OF DEATH AND DISABILITY IN EUROPE

A call to EU action.

On Tuesday, March 20th, 2018, the Global Sepsis Alliance, under the patronage of the EU Commissioner for Health & Food Safety, Vytenis Andriukaitis, hosted the event “Sepsis – The Most Preventable Cause of Death and Disability in Europe – A Call to EU Action” in Brussels, Belgium. 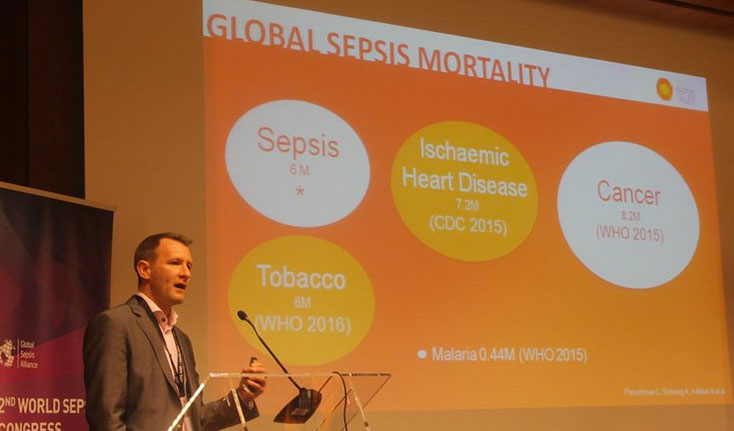 This event highlighted the human and economic burden of sepsis in Europe, pointed out that most sepsis deaths and impairments are preventable, fostered the implementation of the requests of the WHO Resolution on Sepsis across the European Union, and called for the development of a Pan-European sepsis strategy. Additionally, this symposium served as the kick-off meeting for the European Sepsis Alliance.