Dad was on his way to a doctor’s appointment when he stopped outside a travel agent to look at a holiday.

“That’s a bargain, Janet, that will be gone before we know it.”
“Let’s see what the doctor says first” Mum replied.

It turned out Dad had to undergo surgery to remove part of his left lung which had a form of skin cancer. The operation was successful and Dad was discharged and seemed to be recovering well. On the Wednesday before Easter, Dad had said how ill he felt during the night, running hot and cold, doubled up with pain – he felt like he was going to die. Mum was beside herself with worry so she decided to ring the doctor and ask for a home visit.

The doctor prescribed tablets and they were told they would take at least 48 hours to start working. Dad still wasn’t himself and was breaking out in hot sweats. On Good Friday Dad was still no better so Mum decided to ring the doctor’s again. Two seconds later, I rang my Mum to tell her not to worry and that I was on my way. When she didn’t answer I didn’t really think anything of it.

When she did ring back she was upset; Dad was getting worse and with her next breath Mum shouted “Graham!” and the phone went dead. She rang back very upset and distressed as Dad had blacked out in the bathroom and hit his head. I told her to hang up and call 999 immediately.

I was out of the door within the next 5 minutes. By the time I had arrived at our family home, there was already a paramedic on the scene and I could hear my Dad from the bathroom moaning in pain. I can remember thinking I hope they aren’t hurting him, at one point the ambulance told Mum and I to sit down as there was nothing to worry about.

I asked him if he was going to be ok and the ambulance driver replied that if he wasn’t they would have gone by now. I remember them bringing Dad downstairs in a wheelchair seat. My Mum told me to go with Dad in the ambulance but I told Mum “you can do this.” It seems silly now but I stayed behind, tidied up the blood and gathered an overnight bag for Dad.

I arrived at Lincoln hospital and was told that Dad was in A&E. There were three doctors round his bed when I arrived there, and my Mum was beside herself with worry. I was trying to be strong for Mum and Dad. Mum asked me to travel to Yorkshire to pick up my sister which I did do but I made sure to give my Dad a kiss before I left the hospital.

I can’t really remember a lot about the journey but I do remember arriving back at the hospital. I quickly checked my phone and there were seven missed calls from Mum. Still unaware of anything, I just thought my Dad may have to stay in hospital overnight. Mum called me and when I answered it was the nurse. I asked if everything was ok with Dad and she said that we all needed to have chat. Myself, my partner, sister and nephew were all waiting in the entrance getting anxious. The nurse arrived holding Mum’s arm. I ran up to Mum I turned round to find my sister and asked Mum if Dad was ok. Mum turned to us and told us that Dad had sadly passed away.

After this I was just walking round like a robot trying look after Mum and pull the family together. To say we were all shocked is an understatement. I never thought that I would have the job of arranging my Dad’s funeral, collecting his death certificate and even organising the songs and poems.

The one thing I remember seeing on the death certificate was severe sepsis. This may sound stupid but I had never heard of it but knew I wanted to help support The UK Sepsis Trust to make more people aware.

I now have a plaque for Dad at the bottom of my garden on a bench to go and reflect on everything. My Dad was such an amazing man, I am sure he’d wish for more people to know his story and how serious this condition can be. 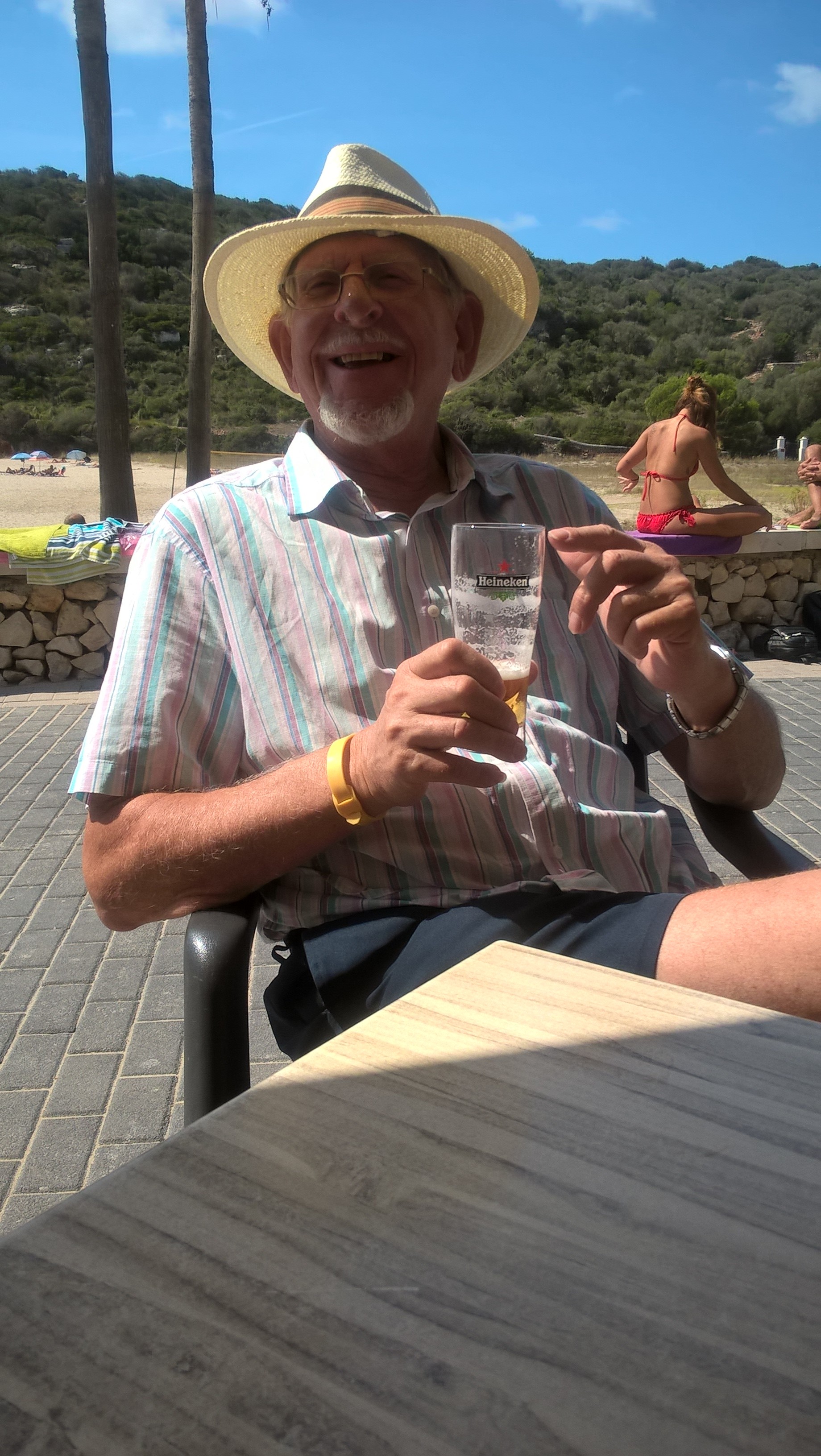