Our little boy Junior was a normal, fun-loving 2-year-old – active happy, and mischievous. On the 16th of September 2018, he caught chicken pox. He was his normal little self, but on the morning of the 20th of September, everything changed for the worse. In a split second, he was getting colder, he couldn’t speak and his eyes were rolling back. He was rushed to the hospital were they pumped fluids into him and induced him into a coma. We were told to be prepared for the possibility that he might not make it. We were transferred to another hospital where there was an intensive care unit for children, and were told that he would lose his legs. They kept him stable before we were transported to the main hospital were Junior would spend six weeks in intensive care on life support.

They ran dialysis to clean his blood and to remove all the poison from his little body. The skin below his knees, feet and toes went black. He had eight blood transfusions and we were told that he might not pull through the next few days. They then started to remove all the dead skin and, luckily, the flesh underneath was healthy so we were told that no surgery was needed. The infection had had also reached his brain but, thankfully, did no lasting damage. During his time in intensive care, he had two lumber punctures, four MRI scans, CT scans, eight blood transfusion and two rounds of dialysis. We were told that his legs and feet would heal, with severe scarring to his feet, but that two toes were dead and would fall off.

On the day he was discharged, he did lose those two toes as the nurses were cleaning and redressing his legs. Junior now has a few years of recovery ahead of him. He has learnt to walk again but is left with a stridor which is a narrowing to his airways which means that catching any cold could be life-threatening. He cannot walk long distances or play for long periods of time because he then struggles to breathe. He now needs 24-hour care to make sure his muscles don’t stop working because of the scarring. We have to keep his skin moisturised because if the scarring dries it becomes like concrete. I will do all I can to raise money and help the UK Sepsis Trust. They are amazing and have been a rock to us; I urge anyone to donate any thing you can to the UK Sepsis Trust. 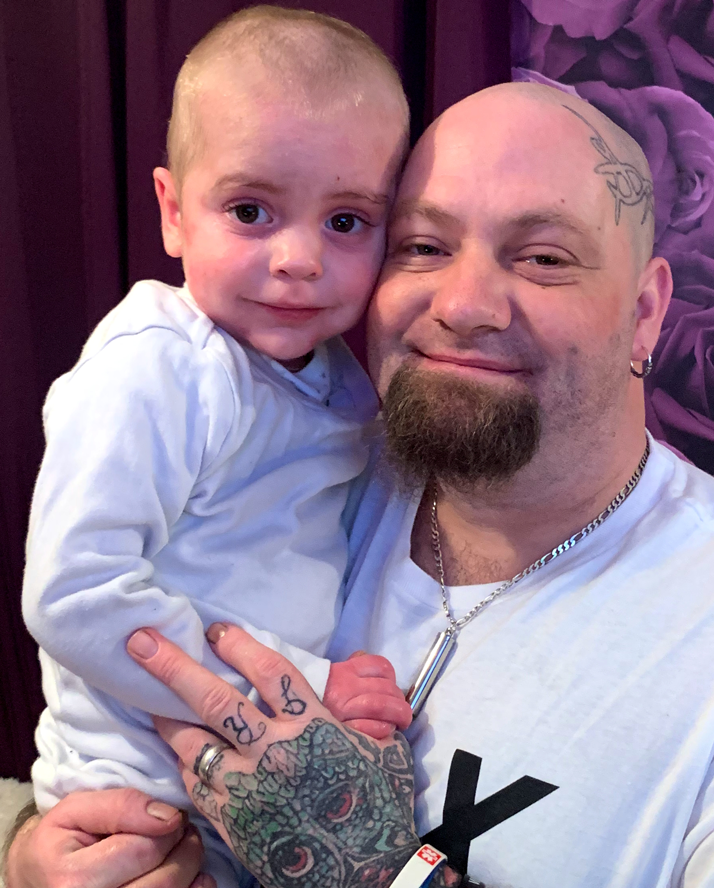