I’m so lucky to be alive. That hits me with a punch almost every day.

In the beautiful summer of 2015 I had just returned to work after maternity leave. I was 40 years old, had an 11-month-old son, Emeran, and was excited to get back to my job researching and teaching Egyptology at the University of Oxford. I was fit, healthy, someone who very rarely got anything beyond an annoying cold. But then, sometime around August 13, I came down with what I thought was a stomach flu. It began with violent shakes through my body and continued with vomiting and diarrhoea. We still don’t know how I contracted the initial infection, probably pneumococcal. I went to bed and tried to ride it out. 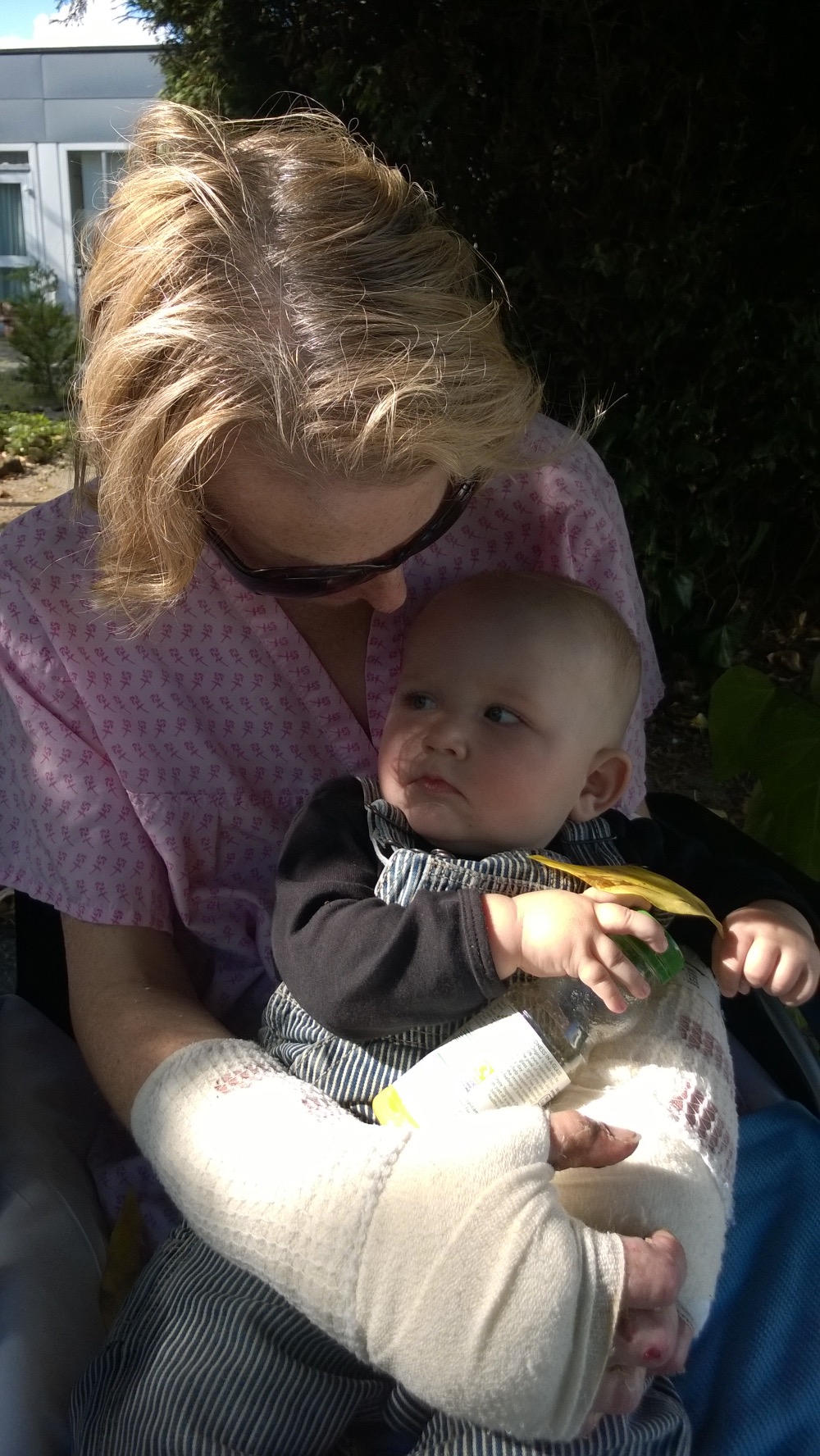 Two days later, I started to lose the feeling in my hands and feet. By the time I began to lose feeling in my face and struggle to breathe, I was too sick to really understand what was happening. As my heart rate slowed, I told my husband, Christoph, that I was dying. And I was right. I was blue-lighted to the John Radcliffe Hospital; a shot of adrenaline given to me by one of the paramedics almost certainly helped save my life as it kept my heart going enough that the medical team in the emergency room had something to work with.

Over the course of the next few days, as the septic shock deepened, my limbs became almost completely non-responsive and my organs failed. Christoph was told to prepare for the worst as my chances of survival were minimal. I don’t remember much of this to be honest – I drifted in and out of consciousness and hallucination. But I do remember my family being there, and desperately wanting to be able to talk with them and hold my son.

I clawed myself back, thanks to an extraordinary medical team in the ICU and my family. As hopes increased that I would make it, the devastating extent of my injuries became clearer. I have no memory of a single moment when I was told that I was going to lose my legs and likely my hands. I was probably told many times and it took a while to gradually, painfully sink in. As I started to understand the full extent of the damage, I wondered if I would ever be independent again, let alone return to the job I loved or be able to be a mum for Emeran.

In the end I was in hospital for five months. I lost my legs below my knees, almost all the dexterity and feeling in my hands (my right hand is an immobile hook, my left has enough grip to wiggle and hold things a little), the internal structure of my nose, and the hearing in my right ear. I grieve for my hands more than anything. There was and is just so much that I simply can’t do, especially around caring for and playing with Emeran. Right now it breaks my heart that I can’t build Legos with him (he’s 4 as I write this).

But I went back to work in September 2016, just over a year after the initial illness. That was such a triumph. As was participating in the Sepsis Trust Cycle for Sepsis that year (I didn’t ride! But Christoph, his sister, and a couple of close friends cycled from Oxford to Cardiff), learning to drive an adapted car, and taking Emeran to a playground by myself for the first time. And just a few weeks ago, in September 2018, I went back to my projects in Egypt. Christoph and Emeran came too and loved it.

It’s all a process of continual adaptation and transformation, for me and my family. I’m constantly strategising and problem solving, failing, and starting all over again. I’m amazed to have got this far, and so very lucky to have such incredible family, friends, and medical teams with me on this journey. 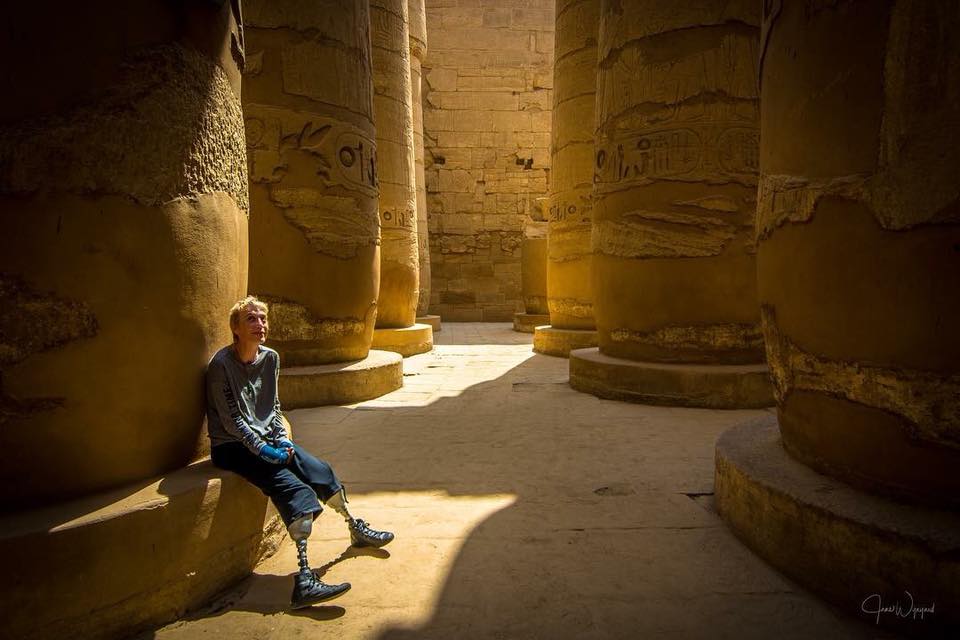