When I was eleven years old, I had an operation for an abdominal cyst. Little did I know that, so many years later, the operation I had as a young boy would end up leading to a life-threatening illness. 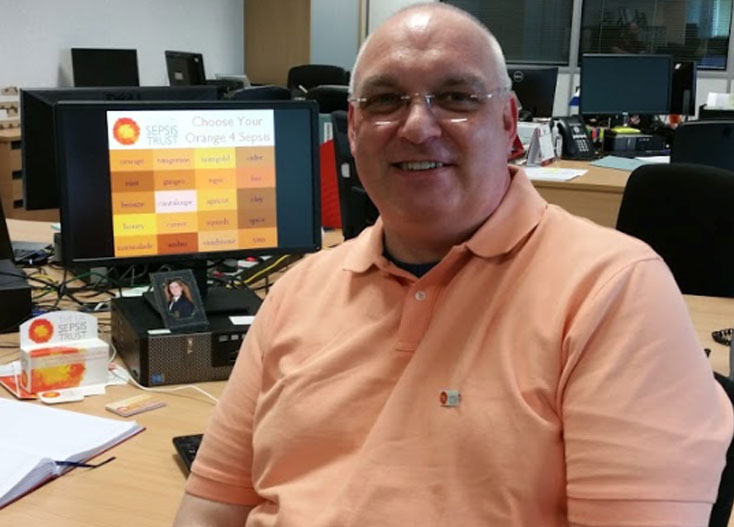 In August 2012, I kept experiencing stomach pain. I didn’t think it was serious until one Wednesday afternoon, when the pain became too much to bear and my wife rushed me to the hospital.

I spent nearly two weeks on the ward, while the doctors were investigating what was wrong with me. They eventually realised I had a perforated intestine and I was rushed down to surgery. The doctors believed that the perforation was a result of the operation I’d had so many years ago and that the intestine had adhered to some scar tissue and that had caused the side of the intestine to break down.

The next part is hazy to me but my wife Jayne helped me to fill in the blanks. Surgery confirmed that I had a perforated intestine and contracted sepsis as a result. I came close to organ failure so doctors tried to put me on dialysis to clean my blood, which failed twice.

I lost about three pints of blood so they gave me a blood transfusion. At that point, I guess the fresh blood is what turned me around. Meanwhile, the doctors were telling Jayne that it was very unlikely her husband would survive.

I gradually woke up and it wasn’t really until I’d been awake for a while that I had it all explained to me that it was sepsis. The doctors warned me about post-sepsis syndrome and were incredibly supportive but it took me a long time to fully come to terms with what was happening to me, I suffered hallucinations and memory loss amongst other symptoms. 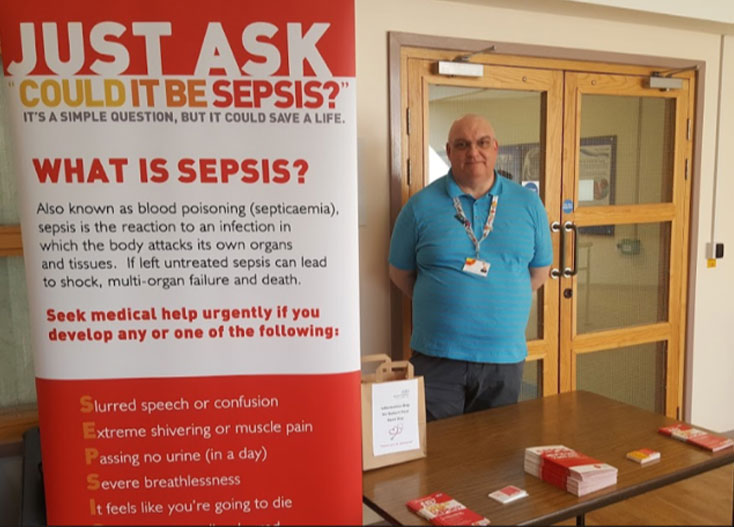