It’s hard to believe that a simple urinary tract infection could put me in hospital for a week and give me a life threatening condition, but it did. 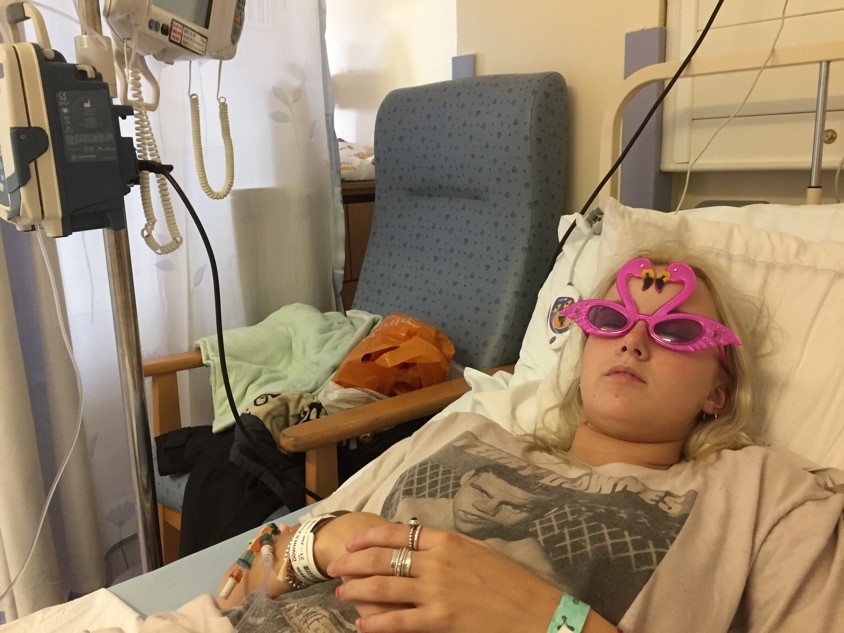 In early August of 2017 I went to the doctors after showing symptoms of an infection, I was given a three day course of antibiotics and sent away.  I completed the course but the symptoms persisted and being busy I dosed myself with cranberry juice and paracetamol in the hope that it would clear up; it didn’t. Two weeks after the first diagnosis I woke with the most agonising stomach and back pains and couldn’t move from the bathroom floor. I took co-codamol  and after the pain subsided I took myself back to bed. It sounds silly (and with hindsight it was) but I tried to ignore the pain as I had Creamfields Festival coming up.  I went back to the doctors for a second time, they gave me the same antibiotics, I completed the course but again the infection remained.

The morning of Creamfields I felt dreadful and I sat on my mum’s bed contemplating whether I should go. For weeks I had suffered from pain in my abdomen and flanks, but having forked out £260 for the ticket and having organised to go with a group of friends from home, I made the decision to attend and promised my mum that I would see a doctor again as soon as I got home.

I spent that first night of the festival in unbearable pain. I was freezing cold, feverish and felt sick. I was awake all night, my heart was beating rapidly and I couldn’t stop shivering. All symptoms of Sepsis; not that I had heard of it at that time.

I was there for that one night before my friend Alex took me to the medical tent. Still ignorant to how ill I was, I hoped they would give me painkillers and be sent back to the campsite to enjoy the rest of the festival. I didn’t even consider that I would spend the next week in hospital.

The medics were brilliant. As it was the first day of the festival I was surrounded by about 8 medics , all debating as to what was wrong with me. They put me on IV fluids and transferred me immediately to Warrington Hospital where I was started on IV antibiotics; the nurse in A&E likened them to the “drain cleaner” of antibiotics. I was diagnosed with pyelonephritis; the UTI had spread to my kidneys and the pyelonephritis was then complicated by sepsis.

To make matters worse, I reside in Watford, and was about three hours away from home.  My mum left work and got a train to Warrington expecting to take me home that evening and wasn’t prepared for how poorly I was.  Even when the doctor told me I was the “sickest patient on the ward”, and that she’d never seen “a white blood count” or “inflammatory markers” like mine before, I continued to be ignorant as to how ill I was and how hard my body was trying to fight the infection. 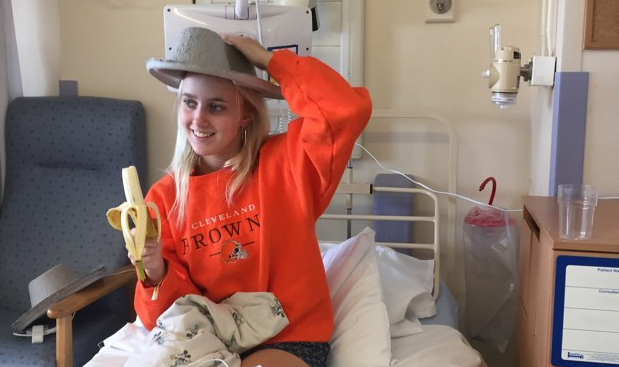 After the first night in hospital I woke the next morning and found it too painful to even open my eyes; the sunlight was agonising and I was still running an incredibly high fever. For the rest of the day I wore sunglasses to help ease the pain.

The pain in my stomach, back and flanks made it difficult to move and I slept for the majority of the time I was in hospital only waking up to have the IV antibiotics, fluid, morphine and anti sickness drugs changed.

I left hospital after a week on intravenous antibiotics with a prescription for two more weeks of oral antibiotics and a follow up with my local GP and after a scan of my kidneys showed no lasting damage.

I am incredibly grateful to the medics at Creamfields for their quick reaction in giving me fluids and getting me to the hospital as fast as they did.  I am eternally indebted to the wonderful doctors and nurses at Warrington Hospital for their speedy diagnosis and treatment.

I was completely ignorant of sepsis before I succumbed to it and appreciate that I am one of the lucky ones.  Information is power, and by informing people of the symptoms, causes and need for swift treatment they can be impowered and if they succumb to sepsis, they can be a survivor like me.