The Importance of Asking: Could It Be Sepsis?

Sepsis is an indiscriminate killer, claiming young and old lives alike and affecting the previously fit and healthy. Although sepsis occurs less frequently in children than in adults, sepsis can happen to everyone. The symptoms in adults and children differ, therefore it is vital that we are aware of what to look for to safeguard ourselves and those around us. Sepsis can happen as a response to any infection or injury, anywhere in the body. It can result from:

The UK Sepsis Trust announced last week that a character on Coronation Street, will develop sepsis, in a storyline spanning the whole summer. 7-year-old Jack Webster cuts his knee playing football, begins to feel unwell and is taken to hospital. He is sent home but becomes increasingly more ill until he’s rushed back in and sedated to support his organs. A doctor confirms he has sepsis and his father Kevin is faced with a difficult decision that no parent should have to make.

Stories like Jack’s are all too familiar and remind us of the devastating human cost of sepsis. Individuals and families have their lives torn apart by the condition – more people than breast, bowel, prostate cancer and road accidents combined. Better awareness could save thousands of lives each year.

UKST have been working very closely with Coronation Street. The Trust has advised both the writers and the technical team over the last few months to ensure that the subject matter is dealt with accurately and sensitively. It’s incredible that Coronation Street is raising the profile of a condition which affects so many people, and yet until now has been so poorly recognised. Solving sepsis is about sharing responsibility in recognising the condition. UKST and Corrie aim to empower both families and health professionals to ‘think sepsis’, as well as change the way sepsis is handled in the UK.

As sepsis presents differently in adults and children knowing the symptoms is crucial, so that we can advocate not only for ourselves but for friends and family and other members of our community.

Seek medical help urgently if you (or another adult) develop any or one of the following:

If your child is unwell with either a fever or very low temperature (or has had a fever in the last 24 hours), call 999 and just ask: could it be sepsis?

Our aim is to end preventable deaths from sepsis and improve outcomes for survivors, by instigating political change, educating healthcare professionals, raising public awareness and providing support for those affected by this devastating condition. We estimate that better awareness could save at least 14,000 lives every year and knowing the symptoms in adults and children and the demographics most at risk of developing sepsis is a step towards ending unnecessary deaths from sepsis. 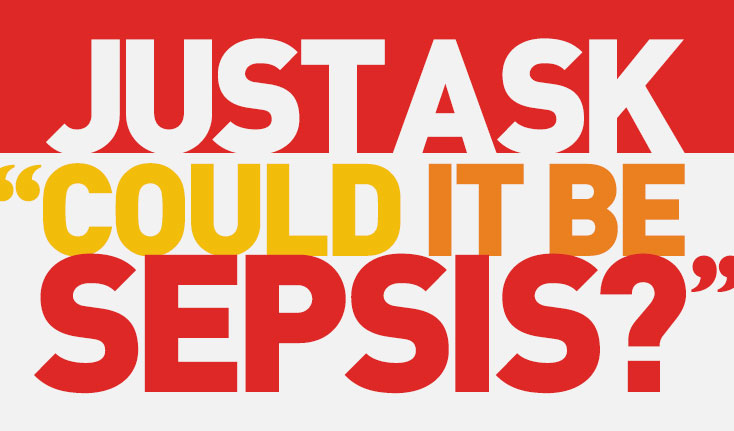