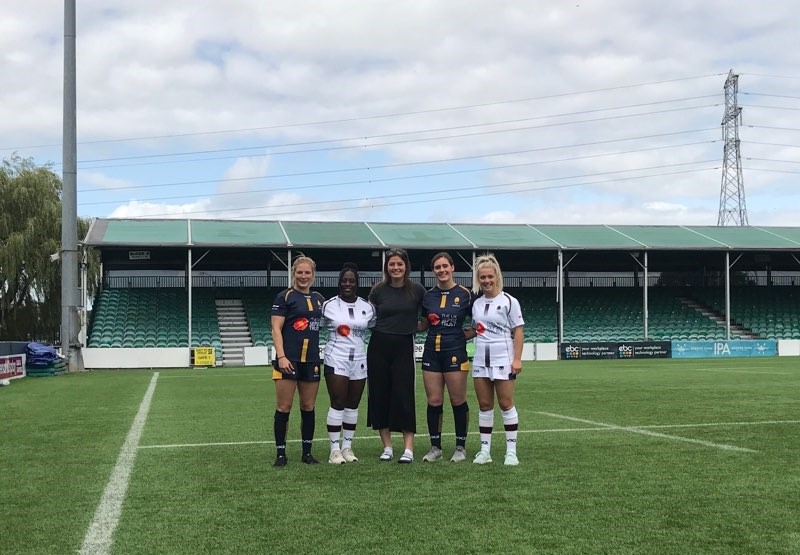 In the summer of 2018, a week before her GCSE results came out, Jemima Moss became ill with what she thought was the flu. She had also just been invited to join the Worcester Warriors Women’s rugby team for their pre-season training. Thinking perhaps she’d overdone it a bit training with them days before, she took herself to bed with some medicine and a hot water bottle, assuming she’d be better in a few days’ time.” Little did she know what was lying ahead…

After a couple of days in bed, Jemima was feeling progressively worse – shivering aching and lethargic. On attempting to get up to find her mother she collapsed, and the thump brought her mother into her room and prompted her to call 111 resulting in an ambulance being called. “At this stage I remember breathing very fast, shivering uncontrollably and feeling severe pain in my lower abdomen.” Suspecting a burst appendix, the paramedics blue-lighted her to Worcester Hospital A&E immediately.

“I don’t remember exactly what happened after that, but I recall the pain had now spread to my legs and I was in real agony.” Jemima now knows that, when she arrived, her heart rate and white blood cell count were dangerously high, and her blood pressure was dangerously low. She was given intravenous antibiotics and fluids immediately. Exploratory key-hole surgery followed, but nothing could be found. It was only when they performed a CT scan later that day that they discovered she had bilateral pneumonia and multiple organ failure. She was in septic shock.

That evening, and 8 hours after being admitted, she was taken to ICU where she remained for a week. “It’s still very tough for me to comprehend that on Tuesday I very nearly slipped away. The first few days in ICU, and what my family and friends must have gone through, is, to me, a massive blur.”

A week later, on GCSE results day, Jemima was finally weaned off life support. “As I became more conscious, I managed to open the results envelope my sister and best friend had picked up earlier that morning, and I remember being totally delighted with my results!”

After a week in ICU, she was finally given the tentative ‘all clear’ and was transferred to the paediatrics ward where she spent another seven days visited by friends, family and even Lark Davies (Warriors Women club captain and England hooker) and Benny Williams (the club’s Centre of Excellence leader), who brought Jemima lots of kit that she still uses and wears to this day. “It really made me feel a part of Warriors and showed me how the club has a great sense of family, care and friendship.”

“All in all, I realise that I’m incredibly lucky to have survived sepsis, especially without any serious after-affects. Having since read so many other stories, I am truly thankful to the Paramedics, A&E, ICU and Paediatrics teams and the many other brilliant staff in the hospital for all the care they gave me and for saving my life. I am also incredibly grateful for the support from the Worcester Warriors team for helping me get back to my previous strength and fitness. Six months after I became ill, I was back playing rugby again.”

I’m so extremely proud and pleased that Worcester Warriors Women are now sponsored by The UK Sepsis Trust and that, as a club, we can help spread awareness and encourage more happy endings like mine.”